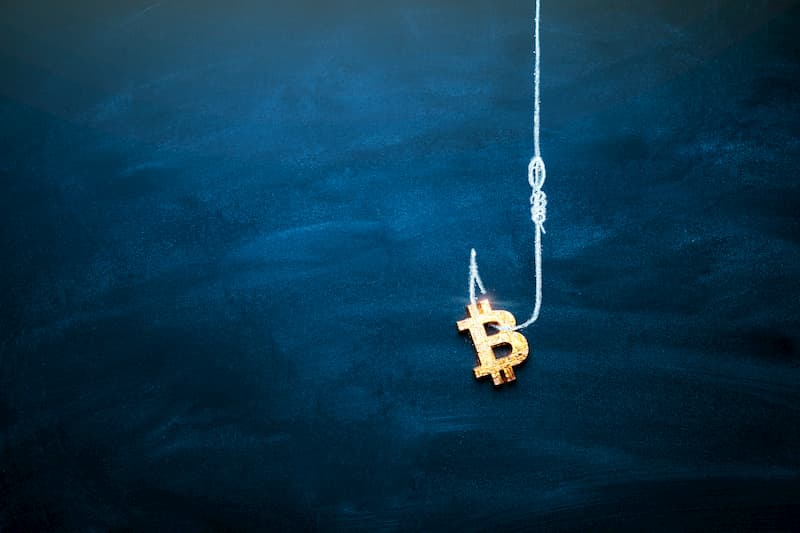 Investing in cryptocurrencies is a new trend in the financial markets that is rising in popularity, with Bitcoin occupying the center stage. However, amid the interest, the number of scams involving the asset has also increased, directly competing with other traditional forms of fraud.

According to data compiled by cryptocurrency trading simulator Crypto Parrot, Australians lost an equivalent of AUD 26.65 million in scams where Bitcoin was the payment method in 2020. Despite Bitcoin being a new payment method, the fraud linked to the cryptocurrency ranked second behind banks. Scams involving bank transactions amounted to AUD 97.65 million, which is at least 3.7 times more than the amount lost in bitcoin payments scams. Cash ranked fourth at AUD 8.57 million, while credit card emerged fifth at AUD 8.1 million.

Bitcoin's underlying nature has contributed to the crypto emerging as the preferred means of payment by scammers. Notably, Bitcoin is decentralized, and when it is used in fraud, the lack of a central authority makes it hard to recover.

Additionally, the anonymous nature means that the crypto is ideal for use in criminal activities. Lastly, Bitcoin transactions can neither be changed nor removed. Unlike traditional forms of payments, no one can alter records of Bitcoin.

Bitcoin scams were at the center stage in 2020, with Australia's regulator linking the spike to the coronavirus pandemic characterized by wide-scale lockdowns in most parts of the country.

The ASIC identified that most scams emerged in the form of investment opportunities, with victims being duped into depositing cryptocurrencies into 'crypto-asset trading' online accounts. The scammers presented fake data alluding to the victims were making profits only to be hit with trading losses messages upon requests to withdraw.

Amid the pandemic, most people spend more time online on social media platforms, which became perfect grounds for targeting potential victims. Victims also deployed social media to share their referral codes with friends and contacts, bringing more people into the group involving the fake investment scheme. Overall, social media is an excellent tool for scammers who understand most people face the fear of missing out.

Furthermore, Bitcoin scammers are inventing creative ways to mint money from victims. For instance, some of the schemes involve offering investment tips online that redirect consumers to fraudulent sites. In some cases, scammers pose as celebrities and trick victims into sending them cryptocurrency by promising that the celebrity will contribute to their investment.

Although it remains inevitable that scammers will continue targeting Bitcoin for fraud, the use of the asset in such activities will inspire regulators to strengthen oversight in the sector. Notably, Bitcoin critics have long cited the asset's ability to aid criminal activities as a critical reason for regulating the industry.

Furthermore, as a new form of facilitating fraud, consumers need to learn more about avoiding falling victims. However, with Bitcoin expected to remain dominant, scammers will likely keep exploring how to profit from the asset.