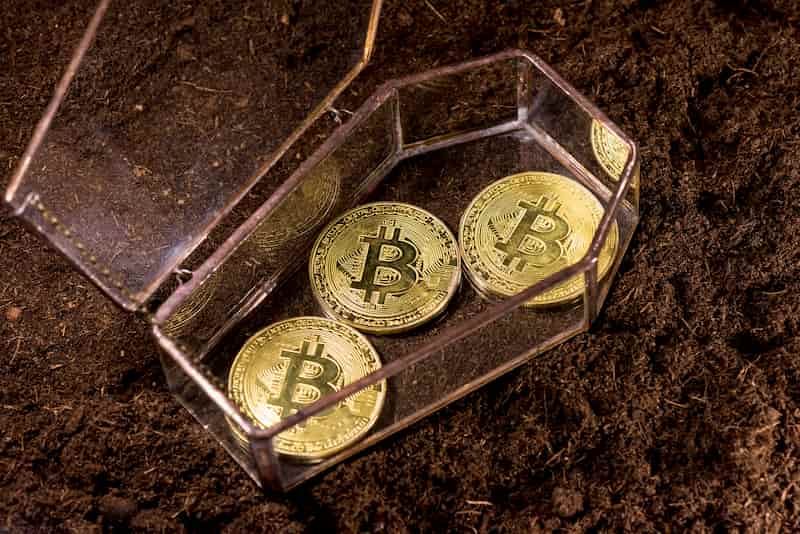 Since launching in 2010, Bitcoin has had a tremendous journey characterized by significant highs and lows. Consequently, several negative factors have seen the asset declared dead mainly by critics.

Since the asset’s inception in 2010, there have been death declarations totaling to 382. The highest obituaries were in 2017 at 124, while 2010 recorded a single Bitcoin death, the least in history.

The sharp decrease in Bitcoin obituaries correlates with the asset’s record-breaking price action that began in 2020 growing by almost 300% on a year-to-date basis. The rally continued into 2021 pushing Bitcoin to a new all-time high price of over $41,000 as of January 8. The price action was mainly inspired by institutional investors who increased their stake in the asset. This is a sign of growing confidence in the digital currency.

Furthermore, last year’s low Bitcoin obituaries do not come as a surprise considering the asset has achieved more than expected in just a decade. More countries are gearing up towards adoption by enacting crypto-friendly regulations. China and Japan have been at the forefront of considering the implementation of blockchain technology within their areas.

The progress made by the asset has also seen it catch the attention of the mainstream finance sector. With a market capitalization of $598 billion by the time of writing, Bitcoin has now surpassed the valuation of traditional financial institutions like leading banks. Such developments have led Bitcoin to remain resilient mainly due to existing, and potential investors becoming a bit numb to negative headlines on the asset’s future, signaling potential maturity.

Overall, Bitcoin’s death declarations have come in the wake of the asset facing negative attention like massive price correlations. The mainstream media and leading economists initially took the lead in casting doubt about the asset’s future. However, with institutions embracing Bitcoin, the narrative appears to be changing.

Other factors like the debate on Bitcoin’s intrinsic value have contributed to the past obituary declarations. Some critics have maintained that Bitcoin lacks an intrinsic value hence cannot be sustainable in the long term. Additionally, the maiden cryptocurrency has been dismissed on the grounds of lacking a solid foundation to becoming a global form of payment.

Interestingly, 2017 recorded the highest Bitcoin deaths, the same year the asset hit $20,000, an all-time high at that period. It is important to note that the all-time high was mainly influenced by the retail investors and the initial coin offering frenzy. Before attaining the new high, Bitcoin experienced price fluctuations and wide scale hackings that made many people dismiss its future outlook. In the same year, countries like China announced a crackdown on exchanges and ICOs leading Bitcoin to sink low. In the long run, many declared Bitcoin dead all over again.

What the future holds for Bitcoin

Despite Bitcoin being declared dead several times, it appears to be here to stay as the cryptocurrency sector continues to mature. Most importantly, Bitcoin still has a long way to go, and it is bound to face more obstacles over the years, especially from the regulatory front.

Bitcoin proponents maintain that the cryptocurrency would never die because the number of its use cases will remain significant. Interestingly, in the past, Bitcoin’s longevity was judged based on its utility rather than its price.