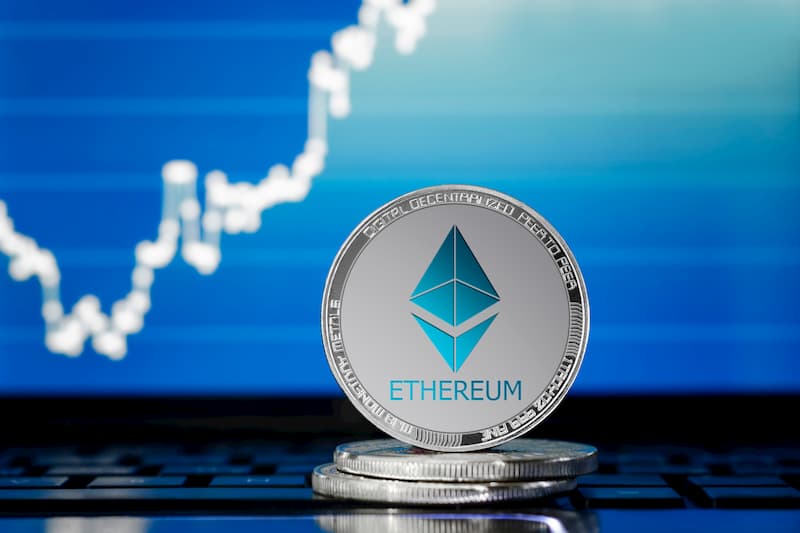 Second-ranked cryptocurrency Ethereum continues to outperform other rival digital assets due to increased interest from investors and the network's utilization in real-world use cases. With the recent rally, Ethereum's market capitalization has now surpassed some notable traditional assets.

Worth noting is that Ethereum belongs to a different asset class compared to the selected companies. Ethereum is a digital asset, while the companies are for-profit businesses with tangible products and services. Furthermore, some of the traditional asset classes remain superior to Ethereum despite a lower market cap.

Some traditional companies control trillions of assets under management, and they also pay dividends based on their performance. However, Ethereum compares to stocks since holders can also benefit from rising demand and value. Overall, the Ethereum market capitalization, to some extent, is a beneficiary of the recent general cryptocurrency bull run.

Ethereum market cap is a direct result of the early 2021 crypto bullish price movement that saw the asset hit an all-time high of $4,300 on May 12. The growth in Ethereum has seen the crypto surpass the number ranked Bitcoin in daily active addresses for the first time.

Although Ethereum's price has corrected in recent weeks, multiple factors have driven the asset's overall value led by the surge in the Decentralized Finance sector. There is growing utilization of the Ethereum network among DeFi projects. Notably, the DeFi ecosystem has been on the rise over the past year.

Elsewhere, the exponential rise in the non-fungible tokens (NFT) has contributed to Ethereum's surge. Most NFTs are running on the Ethereum smart contracts, giving the asset prominence.

At the same time, institutions are also showing interest in Ethereum's public blockchain. Institutions are looking for ways to leverage the network in the wake of Bitcoin stagnating faced with regulatory and environmental concerns. The factors have played a role in institutional activity around Bitcoin slowing down, but some analysts believe the scenario offers other assets like Ethereum an opportunity to fill the void.

There is also general excitement regarding the Ethereum network's future development. For example, there is anticipation regarding Ethereum's London hard fork that could transform the network into a better store of value by creating more scarcity in the cryptocurrency's supply.

Currently, there is a proposal to schedule the mainnet activation for Aug. 4. Additionally, the Ethereum 2.0 upgrade is attractive to developers and investors as it improves the speed, efficiency, and scalability of the network that increases the number of transactions.

Some of the traditional asset classes are still in recovery mode after experiencing a turbulent 2020 that resulted from the general stock market crash. However, the stock market has since recovered to record levels led by specific sectors not represented by some selected companies.

Interestingly, some of the traditional players might also record a surge in valuations due to the integration of digital assets.

Despite increased regulatory crackdown and volatility, Bitcoin miners are finding their way back to profitability.…

The cryptocurrency industry recently received a significant confidence boost after El Salvador became the first country in the world to declare Bitcoin a legal tender.…

Growing cases of Bitcoin being used to facilitate ransomware payment indicate that the cryptocurrency is gaining popularity among cybercriminals.…

Investing in cryptocurrencies is a new trend in the financial markets that is rising in popularity, with Bitcoin occupying the center stage.…