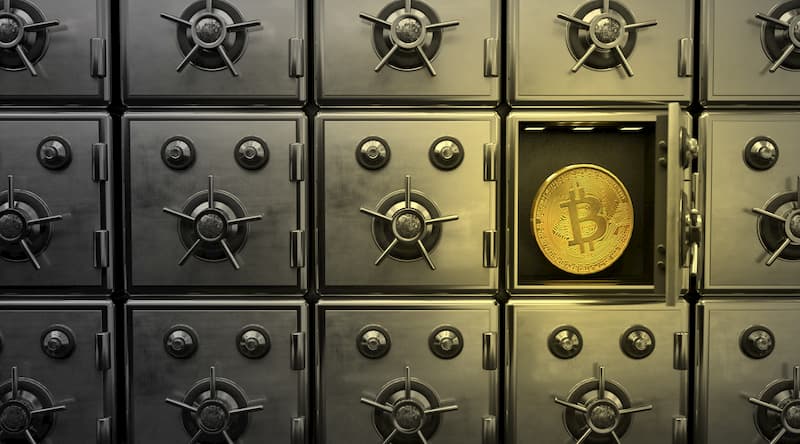 For years, the issue of large bitcoin holders and their influence in the crypto market has been a major concern over their potential to sway general market direction. Data now highlights the magnitude of these holders when compared to the general bitcoin supply.

According to data compiled by cryptocurrency trading simulator Crypto Parrot, the bitcoin supply held by the richest 10% addresses as of June 14th, 2021, stands at 18,559,085, as per data provided by Coinmetrics.io. The figure represents a whopping 99.05% of all the current circulating 18,735,681 bitcoin supply as of June 15th, 2021, according to data provided by CoinMarketCap.com.

Elsewhere, the dominance of bitcoin distribution by a few addresses is further exhibited compared to the set maximum supply of the digital currency. The amount held by the ten richest addresses represents 88.37% of the 21 million maximum capped bitcoin supply.

With the anonymous nature of bitcoin, it is nearly impossible to identify the bitcoin richest addresses. However, it is vital to note that not all addresses should be treated equally.

For example, an exchange address that holds funds from millions of users is separate from an individual's self-custody address. Additionally, one user can control multiple addresses, and one address can hold bitcoin from multiple users, significantly influencing the distribution of BTC among the rich addresses.

Therefore, by considering trading activities, the rich wallets can be linked to entities and individuals with high capital reserves. Notably, cryptocurrency exchanges and institutional investors perfectly fit into this category of bitcoin wallets.

It can be assumed that most of the users on the exchange are retail investors, who are concentrated in the small entity clusters. Most investors were interested in amassing the digital currency with the recent bitcoin bull run, significantly increasing the bitcoin held by the exchange wallets.

This is an indicator that investors prefer to keep their bitcoin holdings in hot wallets instead of cold storage despite the apparent risks. Besides exchanges, other large bitcoin holders are likely to be funds, custodians, and other high net worth individuals.

There is also a likelihood some of the addresses accounting for a large share of bitcoin supply consist of early investors when the asset's price was still low. Notably, these addresses accumulated more bitcoin cheaply when there were no better practices on how to hold bitcoin safely. Therefore, factoring in lost coins would potentially add to a push towards a widespread supply distribution.

Influence of large bitcoin holders on the market

On the other hand, although only a small number of addresses control a vast share of bitcoin's supply, their impact on the cryptocurrency's price movement cannot be underestimated.

For instance, a single trade from large holders can often move bitcoin's price significantly, leaving small investors susceptible to wild price swings. However, most whales likely liquidate a small amount of their bitcoin holding to avoid risking supply shock by liquidating larger portions at once.

Additionally, some of the institutions are holding bitcoin, waiting for another price rally. Notably, in 2021, the bitcoin bull run was mainly linked to institutions investing in the asset.

With bitcoin getting more scarce, projections indicate that the price will soar and volatility coming under control once all the bitcoin is mined. Therefore, some holders might be awaiting this opportune time to cash in.